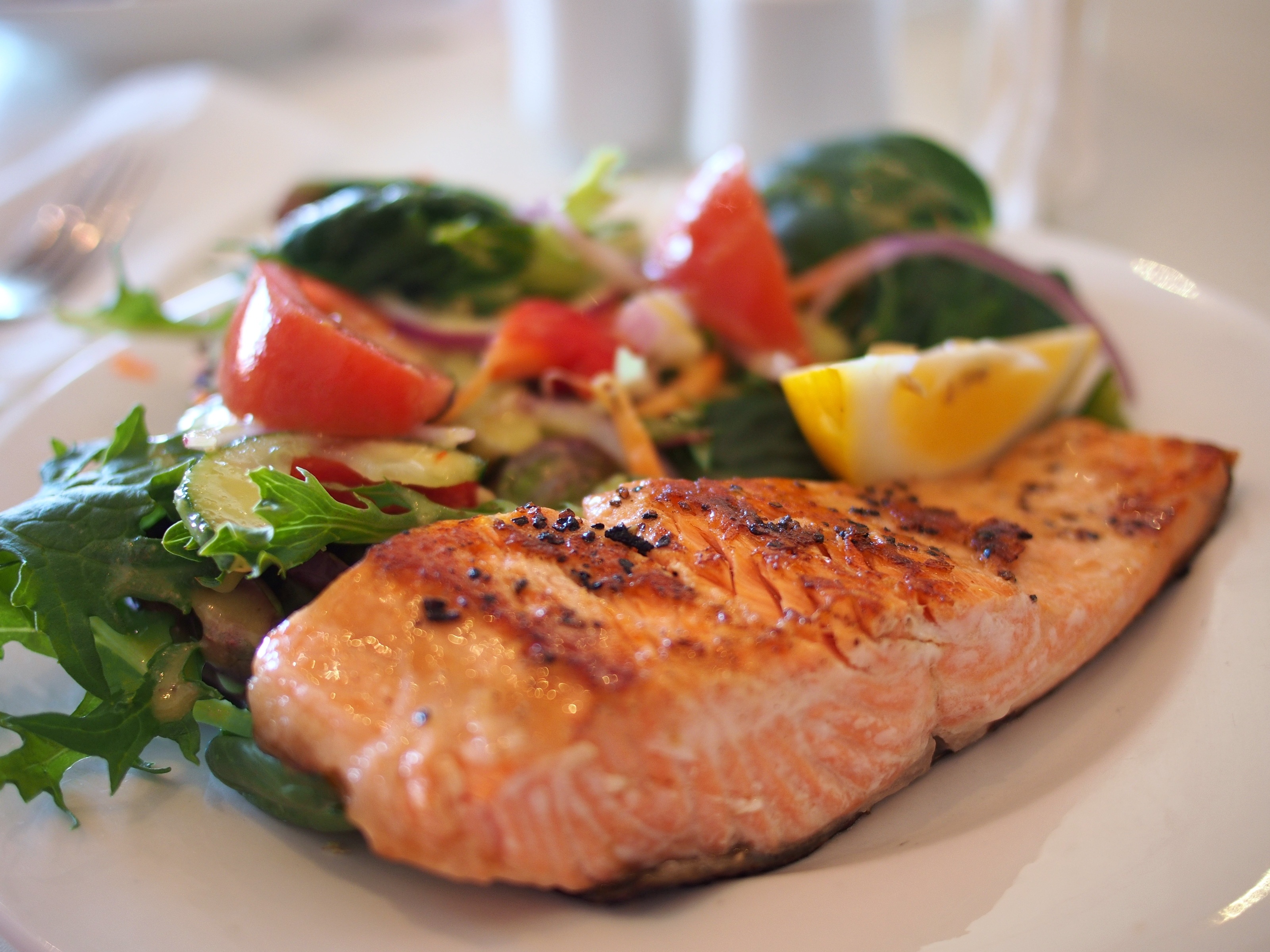 If you’ve even casually explored the world of weight loss or fitness lately, you’ve probably come across the concept of intermittent fasting at some point. While intermittent fasting (IF) has gained a lot of popularity recently, there are some important things you should consider if you’re thinking about giving it a go.

What is Intermittent Fasting?

Intermittent fasting, as the name implies is fasting that’s done off and on, or that is regularly interrupted. It is not starving yourself for long periods or going days on end subsisting on just water. Typically, IF involves a specific period during a 24 hour cycle in which you are ingesting your meals, which leaves you operating the rest of the day in a fasted state. One popular version of IF is to consume your food between the hours of 12pm to 8pm, while fasting for the remaining 16 hours of the 24-hr cycle.

Why Fast in the First Place?

One of the most popular reasons to experiment with fasting is its capacity to help with fat burning. This is especially true if you are coming from a background of predominantly running on sugar. A diet high in carb content supplies your body with a never ending source of glucose. So as long as you have sugar coming in for fuel, you never really have a need to tap into your own fat reserves for power, meaning you’re always going to retain that excess body fat.

A powerful benefit of IF from a weight loss perspective is that even if you don’t change anything else about your diet, the fact that you are eating less hours per day means that you are cutting your overall calorie intake, and by default, your carbohydrate load. I am saying this under the assumption that you are eating the Standard American Diet, which is heavily tilted toward the carb end of the scale. By shortening your eating window, you can encourage your body to start tapping into its own fat for energy rather than continuously rely on the intake of a heavy glucose load.

While its potential effect on body fat percentage makes it particularly attractive to many, there are other benefits to IF which should not be discounted. For one, spending some time in a fasted state gives your body more opportunity to clean itself up.

Your body is a very efficient organism. It likes to tie up any loose ends and clear out waste and foreign invaders. I like to think of this as cleaning up the crumbs. During the normal metabolic process, some of your cells end up dying, others are damaged through oxidation by free radicals, and others might be overtaken by infection. Of course, all of this is complicated by stress, poor food choices, lack of sleep, and other lifestyle influencers. When other demands on its time are limited, your body does a fantastic job of cleaning house. That’s not to say that this process isn’t always happening, but in a fasted state, your body has a chance to really focus its efforts. Think about the bowl of tortilla chips at your favorite Mexican restaurant. While it’s mostly made up of whole chips, there is a fair amount of crumbs at the bottom of the bowl. Who’s going for the crumbs when there is an ample supply of full sized chips to feed on? If your appetite allows, you’ll eat the crumbs after you get through the whole chips. But before that opportunity ever arises your server is bringing out a new bowl. Never breaking your feeding cycle means that there are always loose scraps hanging around, and your body doesn’t run so well on an expanding load of stale crumbs. Fasting gives you greater opportunity to purge the bad stuff.

How to Approach Intermittent Fasting

I typically don’t recommend IF until you have adapted to some version of lower carb eating. I use the term low-carb somewhat loosely here, because anything healthy in relation to the average American diet is typically going to be lower carb than the government recommendations. But we’ll use 100 g of carbs per day as the high water mark. If you have no idea how many carbs you’re currently ingesting, there are some great apps to help you figure this out, such as Cronometer and MyFitnessPal.

The point of reducing your carb intake is so that you can transition into intermittent fasting without a huge drain on your energy or performance. If you can’t even go meal to meal without having to snack in between, you definitely aren’t ready to fast efficiently. A diet high in carbs keeps you locked into the cycle of blood sugar rush, insulin spike, and ensuing hunger. Taking in adequate protein, keeping your carbs under 100 g at the high end, and upping your healthy fats will eventually carry you from meal to meal without feeling hungry. I generally like to see at least 30 days of low carb fueling before jumping into IF, but realistically this timeframe will vary from person to person and should be gauged more intuitively based on hunger and energy levels from meal to meal.

So you’ve cut your carbs, you’re going from meal to meal without feeling hungry, and you’re ready to give IF a try. Now what?

Earlier I said that a popular eating window is 12pm to 8pm. That’s because the easiest transition into intermittent fasting is typically to just to extend the fast from your sleep state and put off eating breakfast until hunger ensues. This doesn’t mean that you’ll be able to completely skip breakfast right off the bat, and that’s fine. If you’re simply too hungry to go straight through to lunch without eating, grab a healthy snack such as hard boiled eggs or almond butter to carry you through. But also bear in mind that it’s okay to feel hungry. We live in such an overfed state nowadays that many of us never really experience real hunger. It’s okay to feel hungry. Hunger helps to prime your digestive system for its upcoming job. But if you’re doing this right, you should never feel like you’re starving, even as you go longer and longer in a fasted state.

Of course, skipping breakfast isn’t your only option. Your work schedule or home life might dictate that you incorporate fasting later in the day. My nephew, for example, works a job in which he finds it more convenient to eat an early breakfast and he wraps up his eating mid-afternoon.

When first entering into intermittent fasting, exercise should be limited to moderate intensity. As you get more proficient at running on body fat, you’ll be able to ramp up your effort and engage in more rigorous workouts. Going longer in the morning and between meals before feeling the need to refuel is a good general gauge of how fat adapted you are. I exercise first thing in the morning and have no problem doing so in a fasted state.

The idea of skipping a daily meal, or even cutting back on the sheer quantity of food taken in during a typical day can seem a bit daunting at first, especially if you are a physically active person. But our genetic history as humans is such that we were opportunistic eaters. Food was eaten when it was available, which wasn’t always the case. We are still opportunistic eaters today. The problem is that we are rarely without the opportunity to eat. Research suggests that reducing calorie intake to offset excess consumption is closely tied to a longer lifespan.

Most of us don’t just eat 3 daily meals anymore. We tend to snack, graze, binge, and whatever else it takes to keep our blood sugar from plummeting. But assuming you did eat 3 meals per day, fasting would eliminate a third of your food intake, leaving you with only 2 meals. That means the 2 meals that you do eat better be spot on. Be sure to consume healthy sources of protein such as grass fed/pastured meats and fowl, wild fish, eggs, and organ meats. Get healthy fats from sources such as avocados, coconut, organic full fat dairy, nuts, and aged cheeses. Carbs are best obtained from non-starchy sources like green leafy veggies, cruciferous veggies, and berries. But let’s face it, while a butternut squash is starchy, it still beats chowing down on potato chips. Just do your best here.

By adopting a diet of sufficient protein, healthy sources of fat, and minimal carb consumption, you can finally break your dependence on glucose, and if you see fit, make the foray into intermittent fasting. Do so with a sensible approach and you’ll likely not only find it beneficial, but you might even discover that you actually enjoy the process.

Success with Food Starts in the Kitchen

Keep Churning! How Getting Healthy is Like Making Almond Butter.

When is Dessert Not Dessert? When It’s Breakfast.