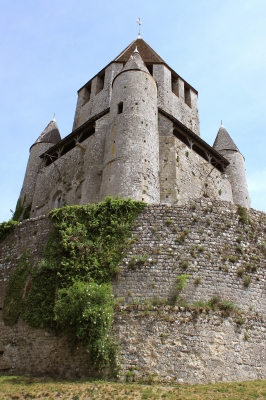 What if your health were a house?  What would it look like?

Would it be a huge fortified stone fortress or a shoddy grass lean-to?

As we learned from the simple story of the 3 Pigs, the time and effort you put into building your house determines how well it will stand up to adversity.  Adversity comes in many forms.  In the case of the 3 Pigs it was the Big Bad Wolf. In reality, adversity is emotional stress, work demands, school deadlines, child rearing, environmental toxins, sleep deprivation, etc.

The parallel between the 3 Pigs and your health might sound too simplistic, but the truth is that the healthiest people in the world live by sound, simple principles implemented with consistency.  Anyone who tells you that building and maintaining health is a specialized, complicated endeavor is either uninformed or has something to gain by it.  Now don’t get me wrong, I’m not implying that it is easy to create optimal health.  Planning, discipline, and follow-through are prerequisites for building a healthy life.  But the foundation upon which it is built is as basic as they come, and it is accessible to everyone.

The Health Built of Straw

If we’re going to categorize health into 3 levels, Straw would be the lowest.  Remember that 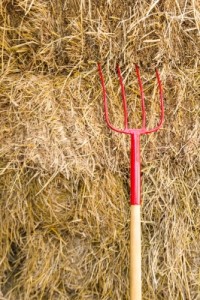 the pig  who built his house out of straw just wanted to slap something together as quickly as he could so that he would have more time to loaf.

Most Americans have health built of straw.   This should come as no surprise, considering that we have been encouraged by Big Pharma to tread just above the disease line.  It’s the perfect scenario for an industry built around symptomatic relief.  Dole out just enough chemical crutch to pull you to the side of the lifeboat, but leave you there clutching at the railing above the deep abyss. Unfortunately our sick-care system is built perfectly for profits, but horribly for health.

The straw builder is characterized by the absence of any proactive measures regarding his health.  He’d rather pop a pill or chug some cough syrup than take the time to eat right or exercise.  He is concerned only with immediate relief at any cost and has no regard for the long-term implications of his actions.  The straw builder is completely reactionary and is under the thumb of the Big Bad Wolf of adversity.  The slightest of puffs will knock this guy over. Your coworker who is calling off sick every other day is a straw builder.

The Health Built of Sticks

There is a movement in the works.  It’s not quite a revolution, but it’s building.  People are waking up to the fact that drugs are not the answer to building health.  They are seeing the commercial propaganda with a more discerning eye. They are starting to pay more attention to the things that they are putting into their bodies.  As a result, they are shying away from pesticides and plastics in favor of organic produce and glass containers.  They are one step closer to fortifying their health against the adversities of life.  Even as recently as 10 years ago not many people cared if their food was locally raised, grass fed, or organic. Now you can’t go to a social event without someone asking how the food was prepared.

But as conscientious as the stick builder is, the little seeds of doubt still creep in.  He doesn’t quite fully trust his body yet.  He understands that he can help support his own health, but still thinks he needs to rely on flu shots, seasonal allergy medication, aspirin, etc. The stick builder has a little bit more control of his health than the straw builder.  He recognizes the importance of exercise but only dabbles in it, and makes occasional use of his obligatory gym membership.

The Health Built of Bricks

When you are fully committed to living at your healthiest, life becomes infinitely easier. Getting up early isn’t the grind it used to be. Simple daily tasks no longer look so daunting. Workdays lost to sickness become a thing of the past.

This is what the brick builder understands…

An incredible power resides within you.  It keeps your heart beating and your blood circulating. It powers your lungs to exchange air. It rebuilds bone and skin and nails and liver cells, even when you supply it with junk for fuel. It regulates your internal temperature and it eliminates toxins. And it doesn’t even matter if you’re asleep or awake!

If you begin to appreciate the immense wisdom inside you, then you start to realize that you weren’t born mistakenly 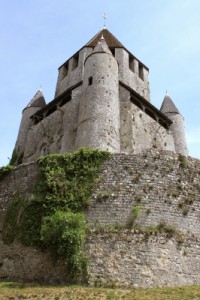 lacking Tylenol. You weren’t absentmindedly created without statin drugs or a lap band around your stomach. Maybe, just maybe, you already possess everything you need to build and maintain health.  I know I’m talking crazy here, but what if instead of putting toxins and poisons into the body in an attempt to combat symptoms, we started to nurture the inherently healthy core of our being?

Brick builders make their health and wellness a priority because they understand that everything else depends upon it. They not only implement healthy habits with absolute consistency, they adopt and live by a new paradigm and philosophical understanding of what a healthy life is. They embody health. Do they slip up, goof off, and let things slide here and there? Of, course! Even a brick wall has windows in it. But they know that they are ultimately in control of their own well-being, no matter the amount of propaganda, hysteria, and fear-mongering attempted to be force fed to them. Brick builders know better.

Getting and staying well is not rocket science. But sometimes it requires pit bull tenacity. Health, in the truest sense of the word, is always built from the inside out. Assuming that 3 individuals possess the same amount of life on the inside (and we all more or less start with the same amount) the one who best supports his innate intelligence and allows it to work unencumbered to its full capacity will always come out healthiest.

Is your beautiful false facade really hiding a fixer-upper?  It’s easy to make your house look great from the outside. Just add a new coat of paint in the form of prescription drugs, 500 calorie a day weight loss programs, cortisone shots, etc.  But to create a personal fortress against life’s adversities requires rethinking your building materials. Free your nervous system of chronic subluxations, eat as cleanly as possible, exercise regularly, get plenty of quality rest, maintain a positive attitude, foster healthy relationships, minimize exposure to toxins, and so forth. Respect yourself enough put in the work that a healthy life requires.

Do this to the absolute best of your ability 80% of the time.  Don’t stress about the other 20%. And when the wolf comes knocking at the door, he can huff and puff all he wants.  He’s not getting in.

Are Your Emotions Wrecking Your Physical Body? The 3rd Cause of Subluxations.