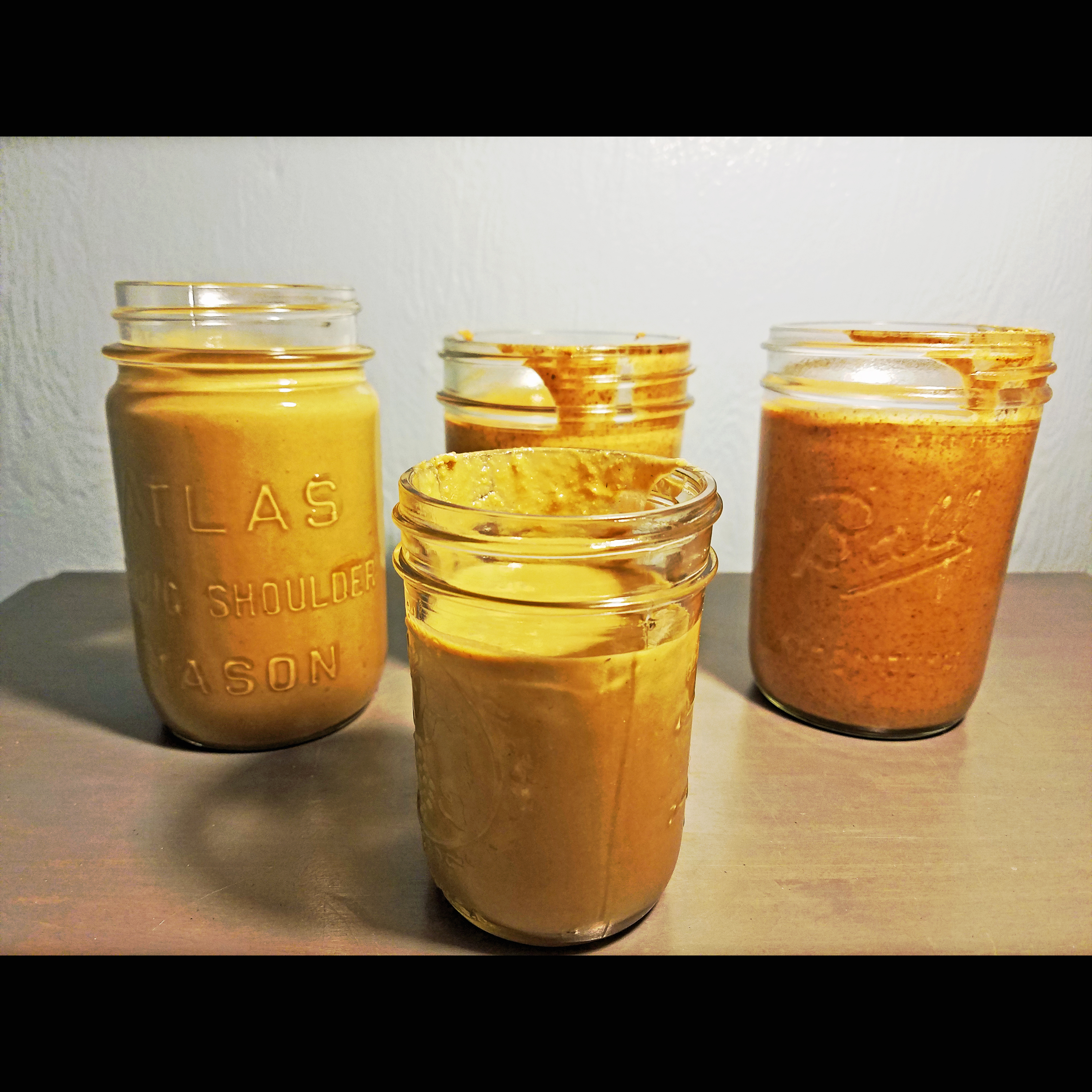 I like nut butters. And I also enjoy making them. My gut doesn’t handle peanuts well (technically peanuts are legumes, anyway), but give me any other nut and I’ll try my hand at grinding it into butter.

When I first decided to start making my own nut butters, I did some research online and came across a blog post in which the author described that “magic moment” when the butter comes together.  (I apologize to the author for not citing the post, but it was so long ago that I can’t remember exactly where I found it.) This particular post was in reference to almond butter, which especially when using raw nuts, can take a good bit of work in the food processor before it reaches a smooth and creamy consistency. Once broken down, the almonds want to clump into a ball as they are being processed. There is a bit of a tedious ordeal of taking off the lid, breaking up the clump, replacing the lid, continuing the grind, and then repeating the whole song and dance for what seems like an inordinately long period of time.

Trust me, when you start this, your first thought will be, “There is no way this clumpy mess is going to resemble the velvety smooth stuff I buy in the store.” There is a struggle that plays out in your food processor reminiscent of a pair of sneakers tumbling in a clothes dryer. You grind. You stop to break up the clump. You grind some more. You stop again. Grind, stop, grind, stop, grind, stop, grind…and then the magic happens! All of a sudden those stubborn almonds give up the fight, the processor blade returns to an easy whir, and a beautifully creamy batch of homemade almond butter materializes before your eyes.

It really does happen like that. There is that one identifiable moment when everything comes together.

In working with people over the years, I’ve come to find that building health is like making almond butter. At the outset there is a heavy dose of churning that has to happen. There is no way around this. It will be a bit of an uphill slog to start. You might have to battle through the feeling that you are continually clumping up and not making any progress. But providing that you’re putting the right principles into action, it simply becomes a matter of plugging away. Do so and you’ll get to where you want to go. Give up too soon, and progress will elude you. As Vince Lombardi said, “The difference between a successful person and others is not a lack of strength, not a lack of knowledge, but rather a lack of will.”

All those people you envy as overnight successes are anything but. If you haven’t read Malcolm Gladwell’s Outliers, I highly recommend it. Gladwell proposes that mastery at any endeavor requires 10,000 hours of work and practice before it all comes together. He recounts the long and grueling journey the Beatles took to super stardom. Prior to their 1964 US invasion and their explosion onto the music scene, the Beatles weren’t considered anything special until they honed their skills in Hamburg, Germany. They played in clubs for months on end, working 8 hour gigs 7 days a week until finally everything meshed and led to their first recording.

Whether you’re trying to increase your spinal stability, lose body fat, or increase your vertical leap there is a fair amount of groundwork that needs to be laid. In some cases your body needs time to adapt to running a new metabolic pathway. Sometimes it’s just a matter of building enough muscle, explosiveness, or fat burning capability. Perhaps you need time to ramp up your cardiovascular endurance. Whatever the case, rest assured that your magical moment will come provided that you put in the requisite time and effort.

I’ve worked with too many people who gave up just as they were on the cusp of a major breakthrough to let the same thing happen to you. I can’t urge you enough to stick with it. You’re worth it!

Give Yourself Permission to Fail at Health

It’s Cold and Flu Season. Are You Up to Date on Your Shots?

When is Dessert Not Dessert? When It’s Breakfast.